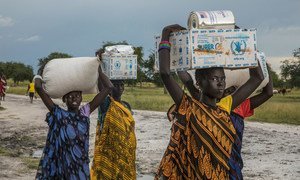 Famine is only months away in South Sudan where catastrophic flooding has pushed millions of people into a humanitarian emergency, the head of the UN World Food Programme (WFP) said on Thursday.

The Government declared a state of emergency in late October in Bahr El Ghazal, Greater Upper Nile and Greater Equatoria.

The development follows years of political violence in the world’s youngest nation that have largely subsided, according to UN peacekeepers UNMISS, although deadly inter-communal clashes have continued.

More than 5,000 Somalis have opted to return home from Yemen

A boatload of Somali refugees set out for home from war-torn Yemen on Thursday, bringing to more than 5,000 the number of voluntary returns to Somalia by UN agencies since 2017.

The initiative, co-funded by the International Organization for Migration (IOM) and the UN Refugee Agency UNHCR, provides those who want to go home with documentation, transport and cash assistance.

Yemen hosts the world’s second largest Somali refugee population, some 250,000 people, according to the UN. It is a long-standing refugee host nation and the only country in the Arabian Peninsula which is signatory to the Refugee Convention.

The regular returns from Yemen are an indication that after nearly five years of conflict, the situation for civilians, refugees, asylum-seekers and migrants is unsustainable, IOM and UNHCR said in a statement. 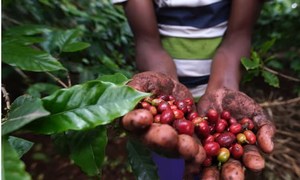 The Latin American and Caribbean economies are looking at the lowest growth in seven decades, according to the latest annual report from the UN organization for the region, ECLAC (the Economic Commission for Latin America and the Caribbean), which was published on Thursday.

Some of the factors blamed for the slowdown include less domestic demand, fragile international financial markets, and growing social demands. The region’s economies are forecast to grow 0.1 per cent in 2019, and growth in 2020 is projected to remain low, at around 1.3 per cent.

“Given this scenario, the region needs policies to stimulate growth and reduce inequality. The current conditions require that fiscal policy be centered on the reactivation of growth and on responding to growing social demands”, stated Alicia Bárcena, Executive Secretary of ECLAC, at the launch of the document.

Within the region, there is a wide variation in prospects: Dominica is expected to see the greatest expansion in 2019, at nine per cent, whilst Haiti has the grimmest outlook, with an economy contracting by minus 0.7 per cent.

Recommendations include sustainable fiscal policies; crackdowns on tax evasion; new taxes related to the digital economy, the environment and public health; and greater public spending on investment and social policies. 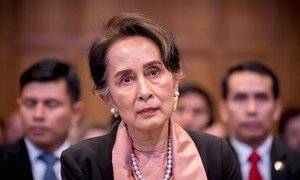 Hearings in the case against Myanmar, accused of genocide against the mainly-Muslim Rohingya minority group, concluded on Thursday at the International Court of Justice (ICJ), which will now begin its deliberations, a press statement confirmed on Thursday.

The accusations were brought to the UN’s top court – which settles disputes between countries – by The Gambia, on behalf of the Organization of Islamic Cooperation. It centres around a major security crackdown in the Rakhine region of Myanmar in August 2017, which led to clearances which, according to The Gambia’s submission to the ICJ, were “intended to destroy the Rohingya as a group, in whole or in part”, via mass murder, rape and setting fire to their buildings “often with inhabitants locked inside”.

More than 700,000 people subsequently fled to a camp in neighbouring Bangladesh, which is now believed to be the biggest refugee camp in the world. Many of those who fled Myanmar told UN-appointed independent investigators that they had witnessed targeted violence of extreme brutality.

Aung San Suu Kyi, the de facto civilian leader of Myanmar, spoke in defence of her country, saying that the case paints “an incomplete and misleading factual picture in Rakhine state and Myanmar”. 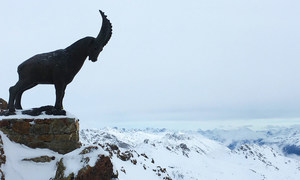 Following an initiative by France, Italy and Switzerland, UN agency UNESCO’s intergovernmental meeting in Bogota on Wednesday agreed to add alpinism to the list of intangible cultural treasures.

Alpinism is defined as the art of being able to climb a rock face unassisted, using specialized equipment.

According to the sponsor countries, mountain climbing began in the central Alpine area encompassing their famous peaks: the Matterhorn, Mont Blanc and Monte Rosa – the second highest Alpine peak.

Above all, it’s characterized by a shared love of the mountains and a sense of community among enthusiasts in Europe, Latin and North America, Japan and New Zealand.

The sport’s first star is widely regarded as the French explorer Jacques Balmat, who in August 1786, climbed to the summit of Mont Blanc, Europe’s highest mountain, for the first time, without the aid of ropes, ice axes or crampons, and on a route so dangerous that it was abandoned in 1820.

Listen to or download our audio News in Brief for 12 December on SoundCloud: