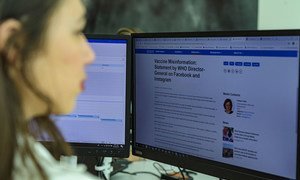 The World Health Organization (WHO) on Thursday welcomed Facebook’s pledge to ensure users can separate fact from fiction when it comes to vaccines, across its platforms from Facebook Search, to Groups, Pages and forums.

Following months of discussions between WHO and Facebook on the spread of inaccuracies when it comes to immunization, the social media giant has vowed to direct millions of users to “WHO’s accurate and reliable vaccine information in several languages, to ensure that vital health messages reach people who need them most”, the WHO chief said in a statement. 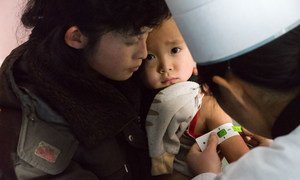 The UN confirmed on Thursday that it has received a letter from the Government of the Democratic People’s Republic of Korea, commonly known as North Korea, requesting that it cut the number of its staff in the country, due to what DPRK has  described as “the politicization of UN assistance by hostile forces”.

UN Spokesperson Stéphane Dujarric told reporters at the regular daily briefing that the Organization is “in dialogue with the country at this point”.

Mr. Dujarric pointed out that in 2018, the UN and international non-governmental organizations reached over two million people with humanitarian aid, “including food security, nutrition and health projects”.

“Current UN operations already have a light footprint on the ground”, he said, adding that maintaining capacity at current levels was “vital” for ensuring UN support for critical food security, water and nutrition programmes.

Crop yields are up in Syria, but higher prices still cause major strain: new UN report 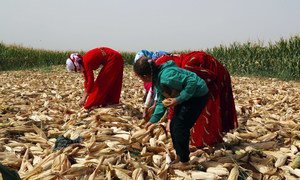 A new UN report on Thursday shows that while improved security and rainfall across Syria’s farming areas have boosted the country’s harvests, higher prices mean that many citizens are still struggling to feed their families.

The Crop and Food Security Assessment Mission (CFSAM) report, produced jointly by the UN Food and Agriculture Organization (FAO) and the World Food Programme (WFP), reveals that while wheat production is estimated to be 2.2 million metric tonnes, compared with last year’s 29-year low of 1.2 million, it is still far below the pre-war average. 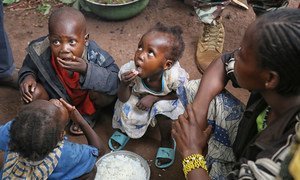 With $125 million released in April, the CERF has now allocated $200 million through its Underfunded Emergencies Window this year – the most in its history.

“This CERF allocation will allow aid workers to provide life-saving humanitarian assistance to more than 4 million of the world’s most vulnerable people affected by conflict, natural disasters, and other crises,” said Mr. Lowcock, adding that women, girls and persons with disabilities will be prioritized.

The money will also be used to sustain services and protect refugees and internally displaced people who are suffering through protracted displacement, as well as people in host communities and returnees.

He maintained that his allocation was “only made possible by the increasing generosity and diversity of donors to the CERF”, and expressed his gratitude “to all Member States and other donors who have made this possible”.

But, he flagged it will only cover only a portion of the most urgent needs.

“There are 37 million people in need in the eight crises”, underscored the Emergency Relief Coordinator. 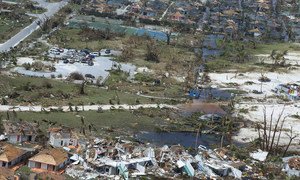 With initial assessments indicating that some 76,000 people in the parts of the Bahamas worst-affected by Hurricane Dorian need urgent support, the World Food Programme (WFP) is arranging for eight tons of ready-to-eat meals to be provided – part of a $5.4 million overall funding package.

In a statement released in Geneva on Thursday, WFP Spokesperson Hervé Verhoosel said that the UN agency has a team on the ground, assessing the full extent of the damage and identifying those in greatest need.

‘Digital divide’ means technological advances not shared by all 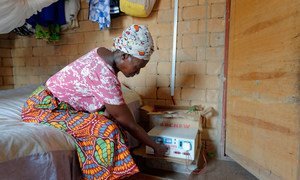 Thanks to unprecedented technological change, “we are at the dawn of new era”, the UN deputy chief told the World Economic Forum in South Africa on Thursday.

Amina Mohammed said that technological advances bring much promise. But they also bring unpredictability in a world “already unsettled by resurgent geo-political conflicts, climate change and other global challenges”.

Digital technology connects people across the world and provides low-cost access to information. It can also improve educational opportunities and access to medical services via remote, digital devices.

At the same time, inequality is growing, said Ms. Mohammed:

“For African countries to reap the full benefits of the 4th Industrial Revolution, national policy, laws and regulation should provide better direction and enabling environment for technological progress.”

Listen to or download our audio News in Brief for 3 September, on Soundcloud: