Recognize, celebrate and ‘stand in solidarity’ with persons with albinism 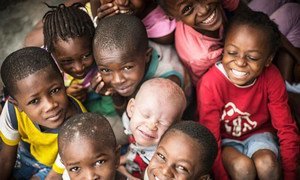 International Albinism Awareness Day is a time to “recognize, celebrate and stand in solidarity with persons with albinism around the world”, the United Nations urged on THURSDAY, taking place this year under the banner, “Still Standing Strong”.

Each 13 June, the world is reminded that people with albinism deserve to have their rights to life and security protected. Persons with albinism routinely face ongoing hurdles and challenges to their human rights, ranging from stigma and discrimination, to barriers in health and education. 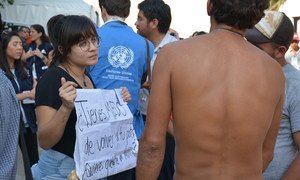 UNHCR called on Wednesday for an urgent meeting of Central American States on forced displacement, as it is “straining asylum capacity across the region”, and “placing growing numbers of individuals and families at grave risk and creating situations that no country can address alone”.

Violence and persecution by powerful gangs in parts of Central America, coupled with a social and political crisis in Nicaragua, are driving growing numbers of people across borders in search of safe haven. So far, this year, close to 600,000 asylum-seekers and migrants have arrived at the southern U.S. border from Mexico, and Mexico has reported a 196 per cent jump in asylum applications.

The UN refugee agency highlights the need for coordinated action to address this challenge “effectively and sustainably”, through a regional approach that would include: the expansion of reception capacity and asylum infrastructures, collective support for local integration programmes, expanded resettlement within and outside the region, and arrangements for safe and dignified returns for those who do not need international protection.

In parallel, the UN stresses the need to address internal displacement before it becomes a cross-border flow. This should include robust development initiatives that address the underlying drivers of violence and displacement. 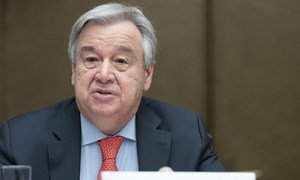 Global problems require global solutions that rely on “essential” partnerships, United Nations Secretary-General António Guterres told the Security Council on Thursday, stating that “our cooperation with the League of Arab States is pivotal”.

“Our two organizations share a common mission:  to prevent conflict, resolve disputes and act in a spirit of solidarity and unity”, he told the meeting on cooperation between the Council and the League (LAS). “We work together to expand economic opportunity, advance respect for all human rights and build political inclusion”, he added. 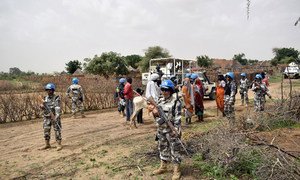 Heated clashes between nomads and villagers in Central Darfur have led to the death of 17 people with at least 15 others injured, said the joint African Union-UN Mission to the volatile Sudanese region, on Thursday.

UNAMID said that after despatching a team to Deleij village on Tuesday, which has a population of around 150,000, locals had told them the violence erupted over an increase in commodity prices at the local market. In addition to the deaths and injuries, around 100 houses were also burnt.

UNAMID Joint Special Representative Jeremiah Mamabolo said the Mission was deeply concerned about these developments and appealed to “all involved in these clashes to show restraint and opt for peaceful means to resolve differences.”

Against the backdrop of a violent military crackdown in the capital Khartoum following the overthrow of former leader Omar el-Bashir, he said that peaceful mediation was the “only course of action that can satisfy the interest of the people of Darfur at this delicate time.”

UNAMID said it would intensify confidence-building measures in the affected area to promote inter-communal dialogue. 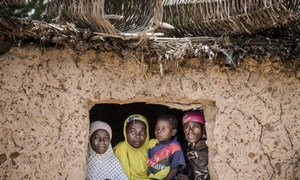 UN Children’s Fund, UNICEF, revealed its latest rankings on Thursday for countries which practice the most family-friendly policies; seen as critical to fostering childhood development.

Sweden, Norway, Iceland, Estonia and Portugal top the list, among the 31 rich, mainly European nations, where data is available, according to the new UNICEF report. Switzerland, Greece, Cyprus, the United Kingdom and Ireland rank the lowest.

The policies seen as most effective, include paying parental leave at the equivalent of a full salary, and the State provision of childcare services for children up to the age of six. The report is part of UNICEF’s early childhood development policy and programming, and the Early Moments Matter campaign.

“There is no time more critical to children’s brain development – and therefore their futures – than the earliest years of life,” said UNICEF Executive Director Henrietta Fore.

“We need governments to help provide parents with the support they need to create a nurturing environment for their young children,” she added.

Listen to or download our audio News In Brief for 13 June on SoundCloud: