Issued on Thursday by the UN Economic and Social Commission for Asia and the Pacific (ESCAP), the Asia-Pacific Disaster Report 2019 revealed that the annual economic losses due to disasters cost the region nearly $675 billion, about 2.4 per cent its gross domestic product.

A new ‘riskscape’ with 4 #disaster hotspots💥Increased investments & application of emerging technologies can help to identify the communities likely to be hit the hardest & empower vulnerable populations across #AsiaPacific. Learn more: https://t.co/t75MQuXhJy #APDR2019 pic.twitter.com/J7R5AGCi1x

In addition to the impact of disasters on human lives, the economic losses also threaten to reverse hard-won development across the Asia-Pacific region.

According to Armida Alisjahbana, the head of ESCAP, the region’s countries cannot achieve the Sustainable Development Goals (SDGs) by 2030, if their people are not protected from disasters.

“This means not just building resilience in the priority zones but doing so across the entire region – reaching the most marginal and vulnerable communities,” said Ms. Alisjahbana.

Investments in disaster risk reduction and resilience building will be “far smaller than the damage and losses” from unmitigated, she added.

“Moreover, these same investments will deliver co-benefits — in the form of better education, health, social and infrastructure services, and higher agricultural production and incomes,” she added.

In the report, ESCAP identified four distinct “hotspots” across the region, where fragile environments are converging with critical socioeconomic vulnerabilities with disastrous consequences.

The first is located within the transboundary river basins of South and South-East Asia – home to hundreds of millions – where poverty, hunger and under-nourishment are coupled with intensifying floods that alternate with prolonged droughts.

Other hotspots include the Pacific Ring of Fire; Pacific small island developing States; and sand and dust storm corridors were environmental fragility combined with land degradation, desertification and climate change could lead to devastating storms. 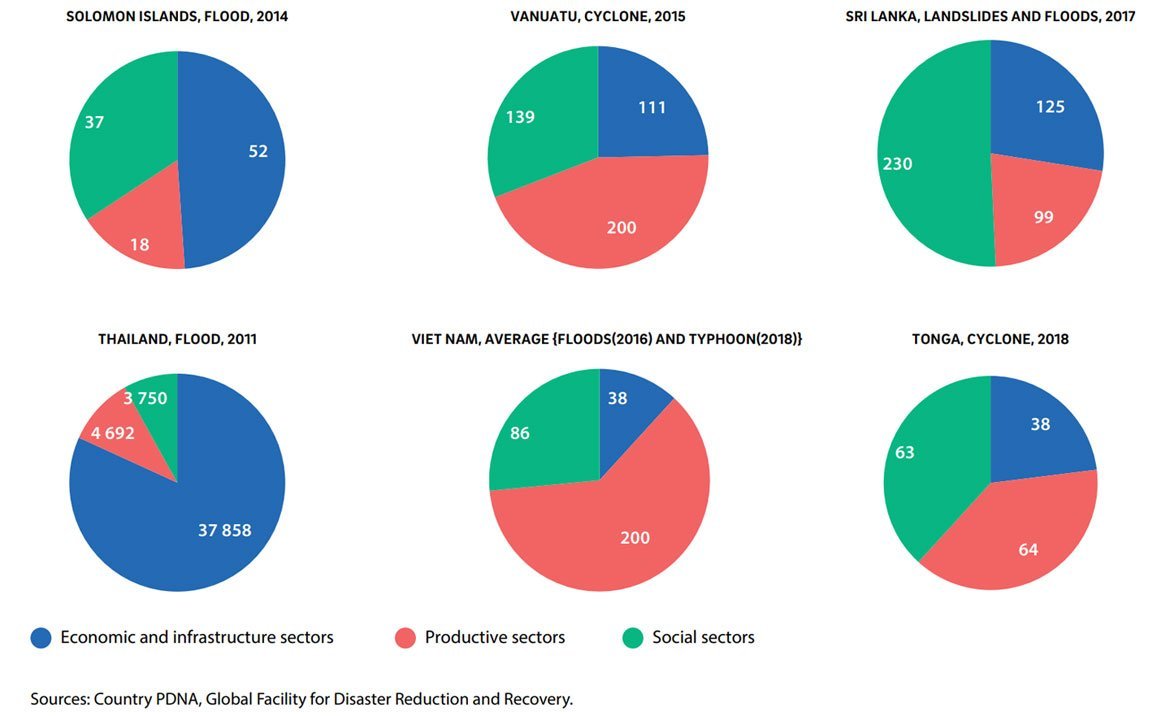 The report, released ahead of ESCAP’s Committee on Disaster Risk Reduction that will meet from 28 to 30 August, calls for transformative change, underscoring that social policies and disaster resilience must no longer treated as separate policy domains.

Instead, government agencies and ministries should collaborate and align their plans to ensure that disaster risk reduction and building resilience can be achieve comprehensively across policy sectors.

ESCAP is the UN’s socio-economic development wing in the Asia-Pacific region. Its 53 member States and 9 associate members span a geographic area from the Pacific island of Tuvalu in the east to Turkey in the west, and Russia in the north to New Zealand in the south. The region is home to nearly two-thirds of the world’s population.