One billion small arms in circulation

Ms. Nakamitsu, Under-Secretary-General and High Representative for Disarmament Affairs, noted that one billion small arms are in circulation worldwide, and that their use in lethal violence is prevalent from the Americas, to Africa and Southern Europe. ‘Current and past crises that have been addressed by this Council”, she said, “from the Democratic Republic of the Congo to Haiti to Mali, have all been aggravated by the widespread availability and uncontrolled flow of small arms and light weapons and their ammunition”.

Small arms also pose a challenge to UN peacekeeping and political missions. Nine of the mission mandates address issues related to conventional weapons, including the control of small arms and light weapons.

The illicit flow of small arms is having a serious impact, including in relation to violent extremism, throughout the African Sahel region, and parts of Central Africa, warned the disarmament chief.

This is a cause for serious concern in war-torn Libya and South Sudan, both of which are seeing a steady influx of weapons and ammunition.

A negative impact on human rights and sustainable development 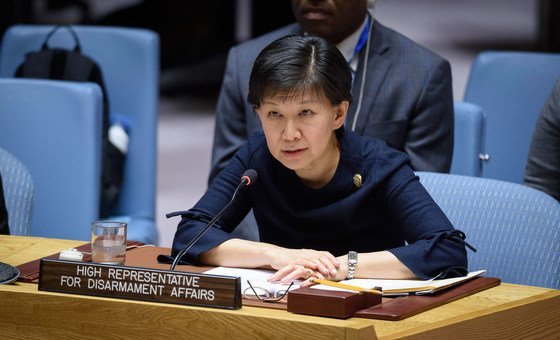 Illicit small arms and light weapons have a negative impact on all of the core pillars of the UN’s work, explained Ms. Nakamitsu, from security and conflict prevention, to human rights, sustainable development, and gender equality.

They are factors in a large range of human rights violations, including the killing and maiming of children, rape and other forms of sexual and gender-based violence.

Small arms also play a role in displacement and food insecurity, including the world’s most high profile and serious conflicts: “In Yemen, as of the end of 2019, an estimated 4 million people are internally displaced amidst devastating conflict facilitated by steady arms flows”. 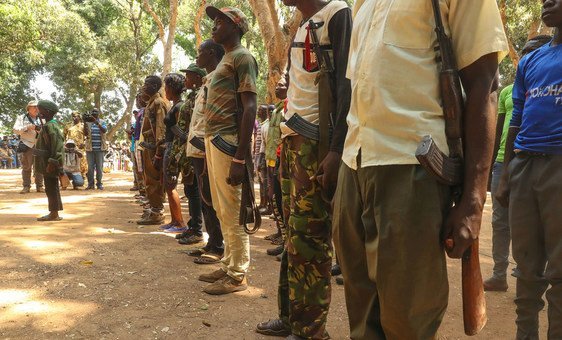 The UN disarmament chief outlined the many efforts being undertaken, at global, regional and national levels, to support small arms and light weapons control. Regional efforts are, she declared “especially critical” in combatting cross-border trafficking.

The UN is supporting the African Union in achieving its goal of a conflict-free continent, through such initiatives as “Africa Amnesty Month” in September, which calls for the surrender, collection and destruction of illegally acquired weapons.

The wide and easy availability of small arms and light weapons is a key denominator in all of the issues addressed by the Security Council, said Ms. Nakamitsu. For this reason, she concluded, the problem should remain a priority and the root causes of illicit arms flows should be examined as a matter of urgency.

Small arms and the UN