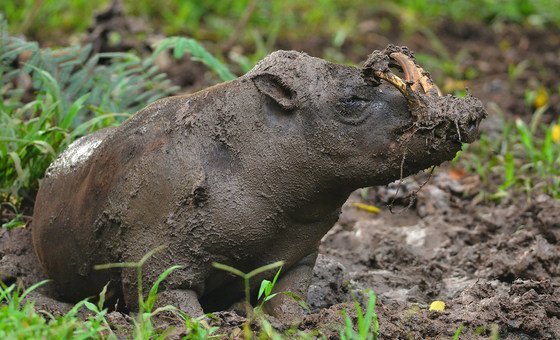 UNDP Indonesia | The babirusa lives in isolated parts of the Indonesian island of Sulawesi, as well as several nearby islands, and is now mainly restricted to protected areas.

The trade in wildlife in the South-East Asian country, which is estimated to be worth up to US$1 billion a year, has already led to the extinction of some animal species and disrupted the region’s ecological balance.

Now, UNDP is working with the Indonesian government, conservation groups and local people, to reduce the illegal trading of animals and enforce wildlife protection.

On Monday, the UN warned that, globally, one million species risk becoming extinct within decades.

Read more about the measures being taken, here: