📣 Flash Update from @UNinBangladesh on Cyclone #Amphan in #Bangladesh.

➡️Satkhira is by far the hardest hit district.

➡️Mangroves the Sundarbans contributed to reduce the impact.

“It is believed that around 10 million people in Bangladesh are impacted by the cyclone, with half a million families potentially having lost their homes”, UN Spokesperson Stéphane Dujarric told reporters during a regular virtual briefing on Thursday, from New York.

The cyclone, which lashed coastal areas with brutal winds and rain, left at least 84 people across India and Bangladesh dead, according to news reports.

“Our humanitarian colleagues tell us that the storm has damaged houses and crops in Bangladesh”, he continued. “Power has been cut off to cities and towns, many of which are working to contain the COVID-19 pandemic”.

Noting that while the cyclone had been downgraded to a tropical depression, he asserted that “it is still expected to bring heavy to moderate rain over the next 24 hours”.

The Bangladesh Government has already evacuated nearly two million people to more than 12,000 cyclone shelters that are supplied with, among other things, masks and sanitizers, to combat the spread of the coronavirus.

The Office of the UN Resident Coordinator in Bangladesh flagged that preliminary reports indicate that damage is minimal in Cox’s Bazar – home to hundreds of thousands of Rohingya refugees who have fled Myanmar – with some 300 shelters damaged, approximately 60 of which were fully destroyed.

Flooding and small landsides have been reported in several refugee camps, as well as blocked drains and damaged stairs, latrines, and bridges – but no word of casualties or deaths.

Humanitarian partners are on standby to ensure access to information, temporary shelter, food, safe drinking water and other vital services for affected refugees according to need.

Meanwhile, the UN Country Team in India reported that Cyclone Amphan, which caused widespread damage around Calcutta is now considered even more destructive than Cyclone Aila, which slammed the region in May 2009. 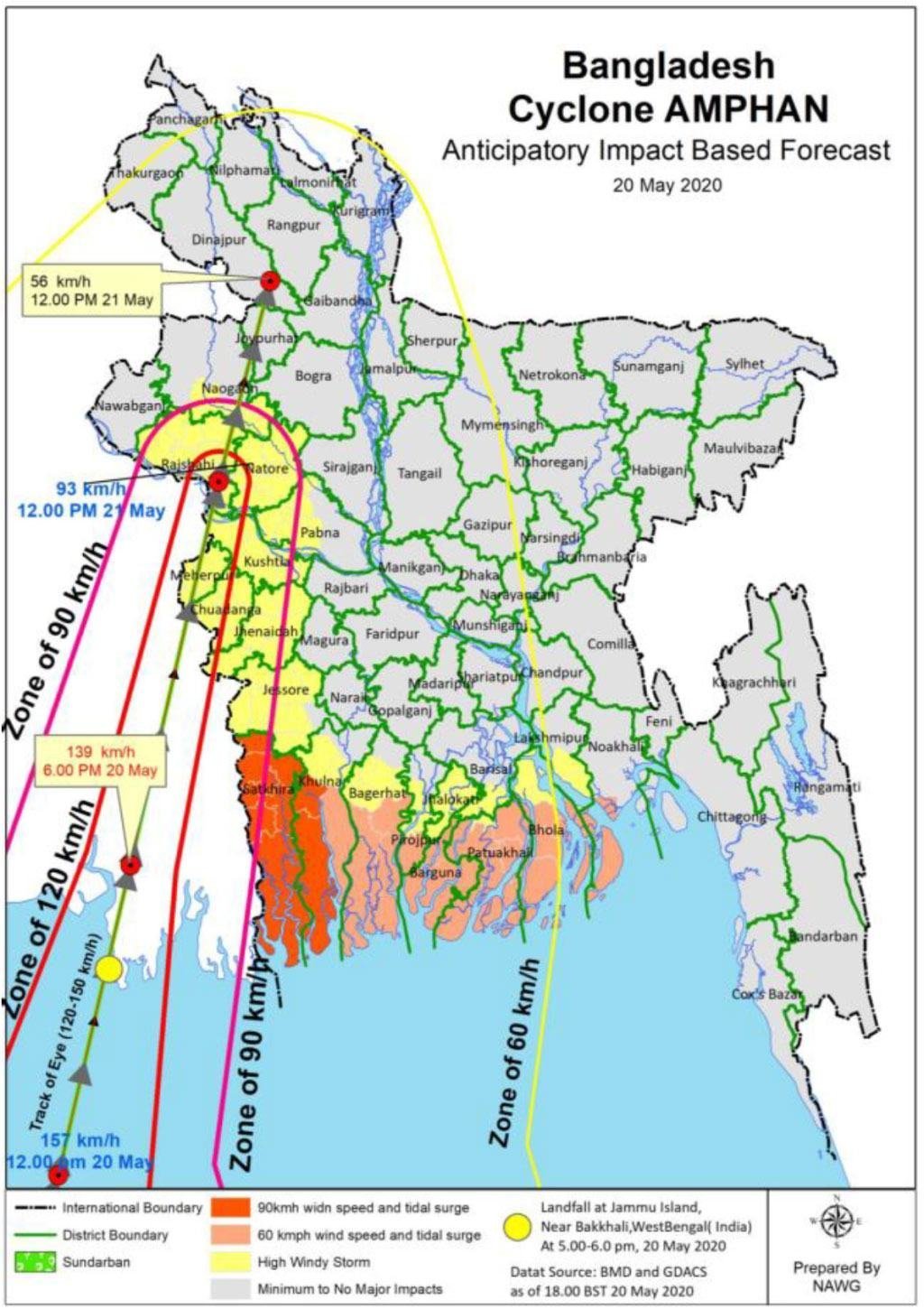 Power and telecommunications have been affected across the cyclone-affected districts and North and South 24 Parganas are facing water scarcity.

Massive damage is also expected to standing crops and plantations.

While fires have maimed transformers and telecommunications in Kolkata, uprooted trees and damaged electric poles have caused power cuts.

Moreover, several roads have been blocked, shops damaged, and streets waterlogged from the heavy rainfall during high tide.

Embankment breaches have occurred throughout the state while water inundation and wind have damaged Kolkata airport.

As the Chief Minister closely monitors the situation, road clearance and restoration work are underway both in the districts and city of Kolkata.

Meanwhile, the power supply was cut off in vulnerable districts of West Bengal and its Chief Minister has estimated $13.2 billion in losses for the state.

And the state and district-level Interagency Group coordination mechanism has been activated in West Bengal.

UNICEF, which is closely monitoring the situation with state departments, expressed concern that the COVID-19 could deepen the cyclone’s humanitarian consequences in both the countries.